I was walking off the US Air flight to a snowy Cleveland, Ohio when I spied Miki Meek, my collaborator, parked on a seat near the gate, cellphone plugged into the wall. “I’ve got one,” she said “and we can see her tomorrow.”

Thus began our 5 day road trip down route 71, from Cleveland to Cincinnati and back through Ohio for Yahoo!News, talking to Republican voters and learning a few things along the way.

The character she hooked was the wonderful Ebony Grantonz, the wife of an African American minister and a registered Republican. Early next morning, Ebony and her husband and their three kids allowed us to invade their home and ride to church with them. After the service, Ebony talked about politics and religion. She was smart, well spoken, frank, and described herself as “politically incorrect.”

You can see Ebony’s story and the three other short films we reported and filmed then edited and posted in a week (without much sleep) to the Yahoo!News Destination2012 political blog. Chris Suellentrop was our wonderful editor at Yahoo!News. 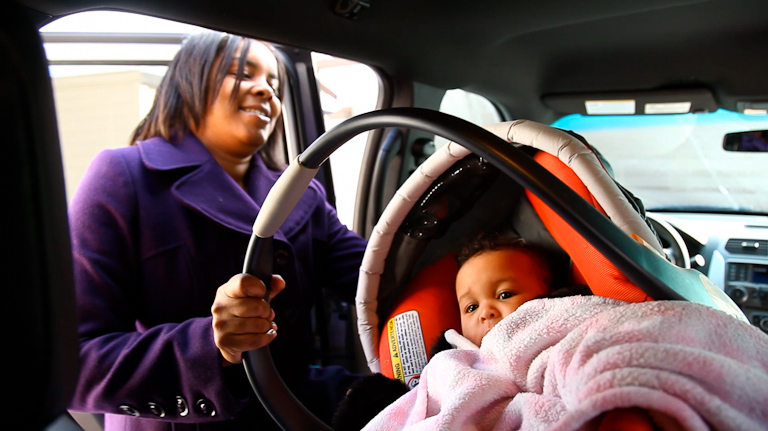